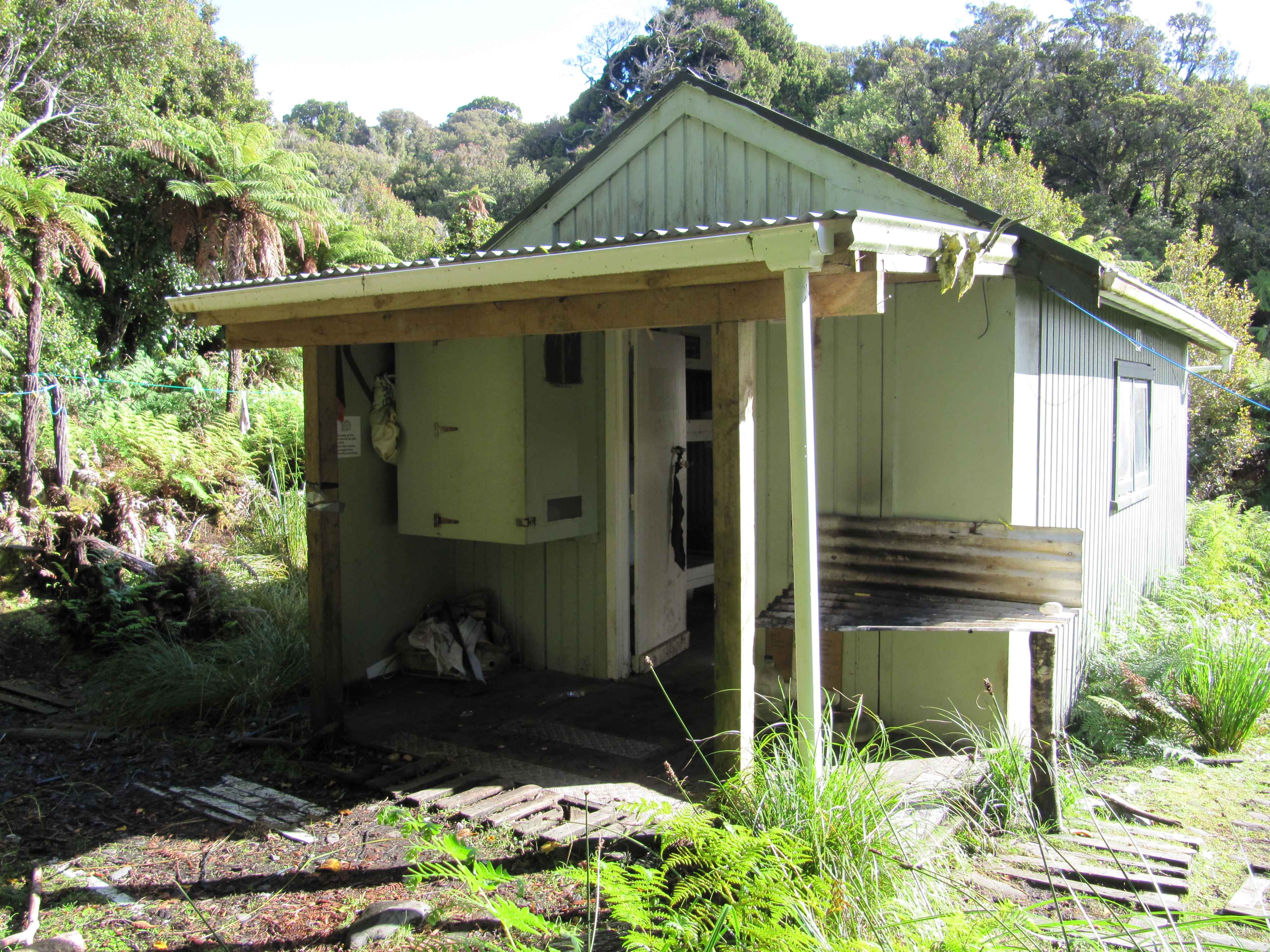 Once the trampers hut was constructed by DOC in the next bay to the north the old hut fell into disrepair as the tramping track no longer went past and when the Hut Trust was formed in 1999 it was in poor condition.   The Trust funded a new watertank, and material for a veranda and a pot belly stove to replace the open fire.  The work was completed by Brian Morgan and his party from West Coast.

Sadly by 2017 the old hut had  deteriorated to the stage it was uneconomical to spend further money on it and a new hut was constructed closer to the water.  The builders were Ray Phillips, Dave Howden, Nigel Hodge, Dale Chittenden and John DeLury.

Access to the old hut was up a grass bank but required landing on a boulder beach.  This beach is extremely dangerous in any kind of rough sea or surge.  It is okay when the sea is flat.  We recommend you avoid arrival/departure at high tide.   At lower tide land at the sanding beach on the south side.   You will be able to pull a dinghy out of the water there.   Access to the hut is now at the creek on the south side of the hut.  There is tent space around the hut. 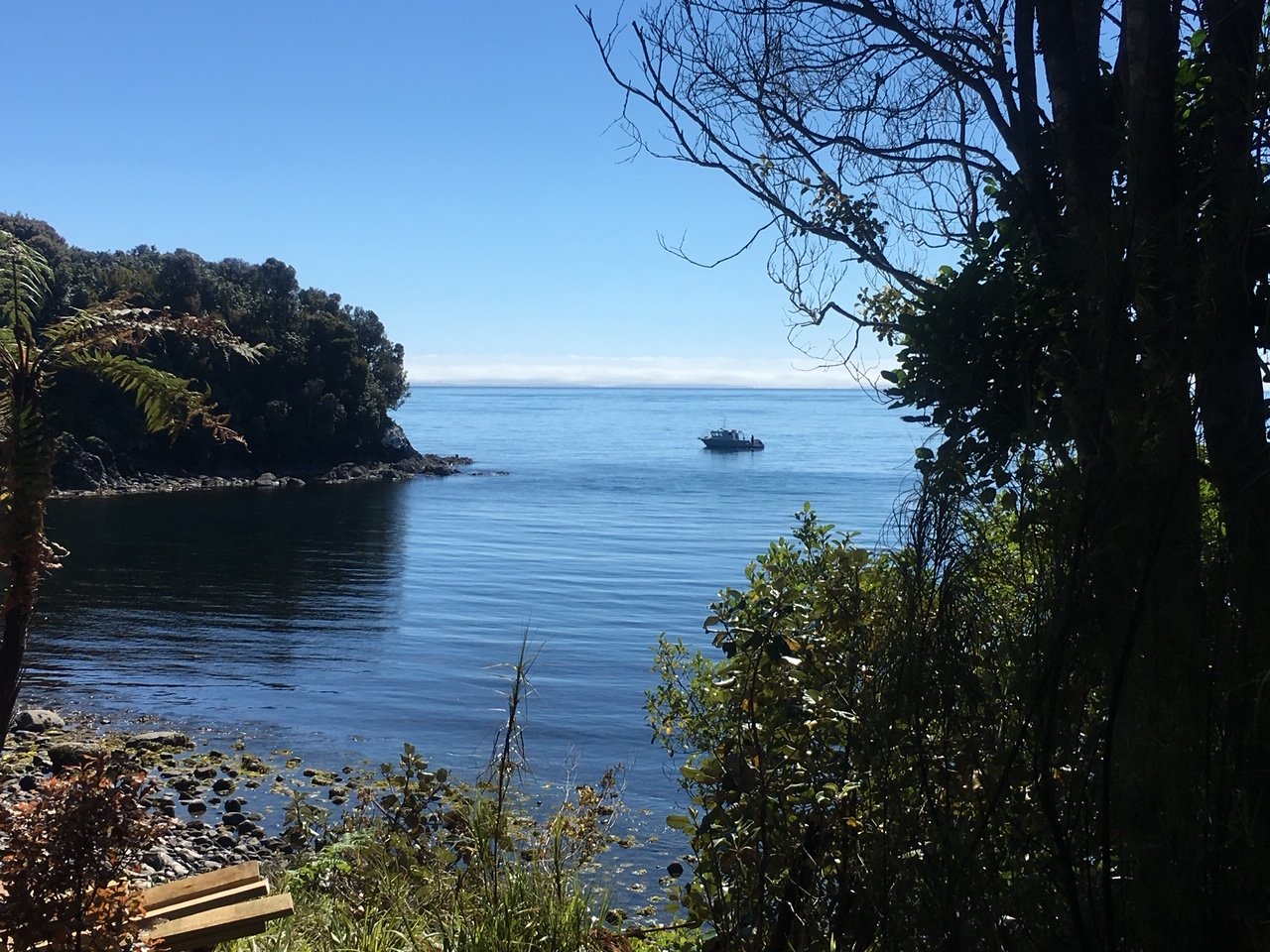 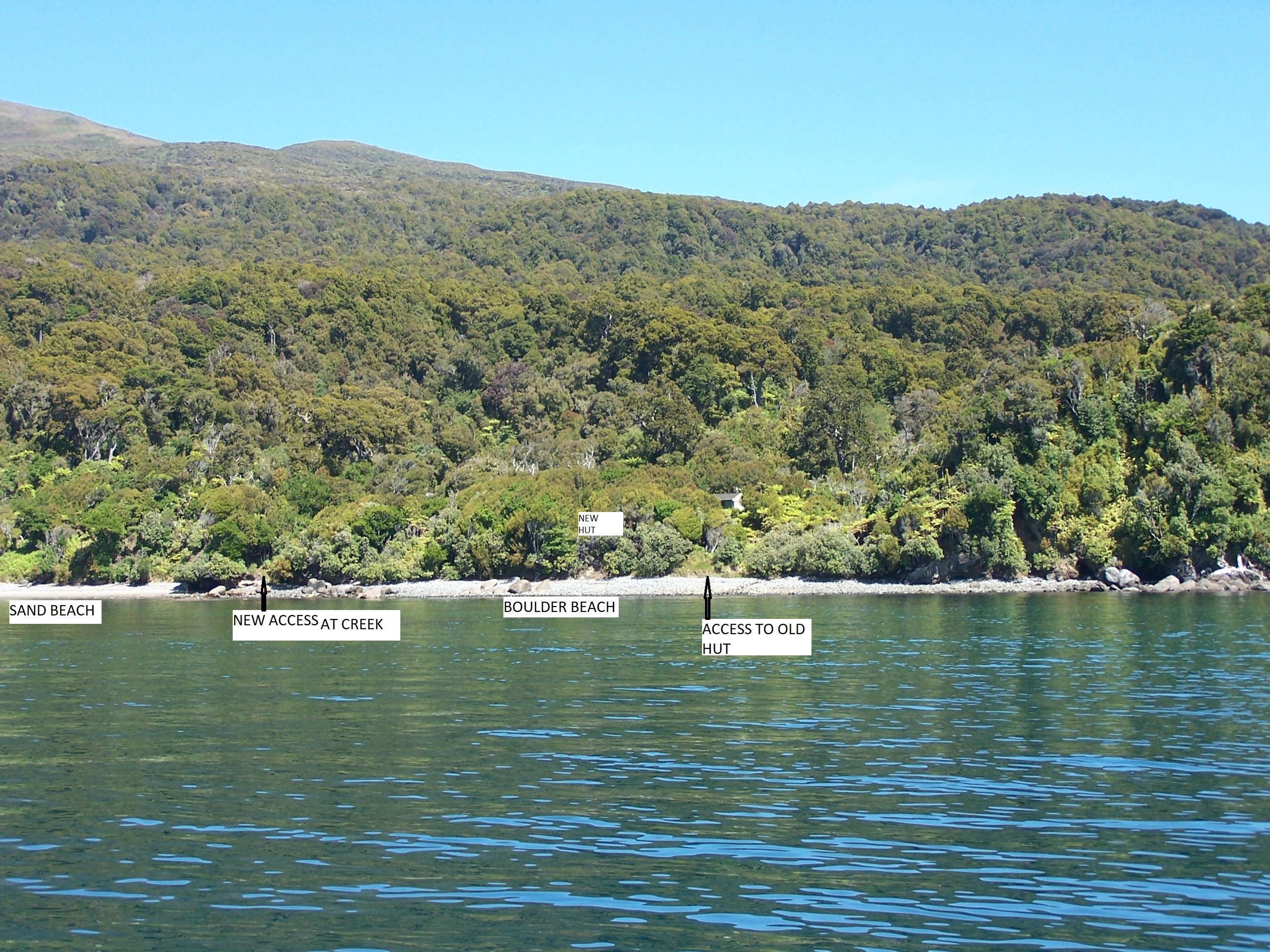 Communication.  Spark has reception at the hut but Vodafone required a walk to the highpoint of the headland to the south of the sandy beach.

And the name Christmas Village

A native and whaling settlement on the north east coast between Murray River and Saddle Point.  There is a maori story of a party of whalers or sealers who gave the natives a stock of clothes when in a generous mood.  As an old hand says, "they must have thought it was Christmas" but I would not derive the name from that.