Nine whitetailed deer were liberated at Cooks Cove in Port Pegasus in March 1905.   The first hunting licences were issued in 1921 and the first recorded trophy was a ten pointer shot at Pegasus in 1922.  Little is known about hunting in the early days and it was not until the 1960's that hunting parties began visiting in increasing numbers. The Department of Conservation issues permits to about 520 parties annually.  Many parties have ten members. The number of permits issued by Rakiura Maori Land Trust for hunting on their fifteen blocks is unknown. Parties began building shelters many of which grew into large structures which with time became unsanitary and eyesores.

Even shelters constructed on scenic reserves were soon extended with the addition of polythene and tarpaulins.

These pictures show some of the structures that existed 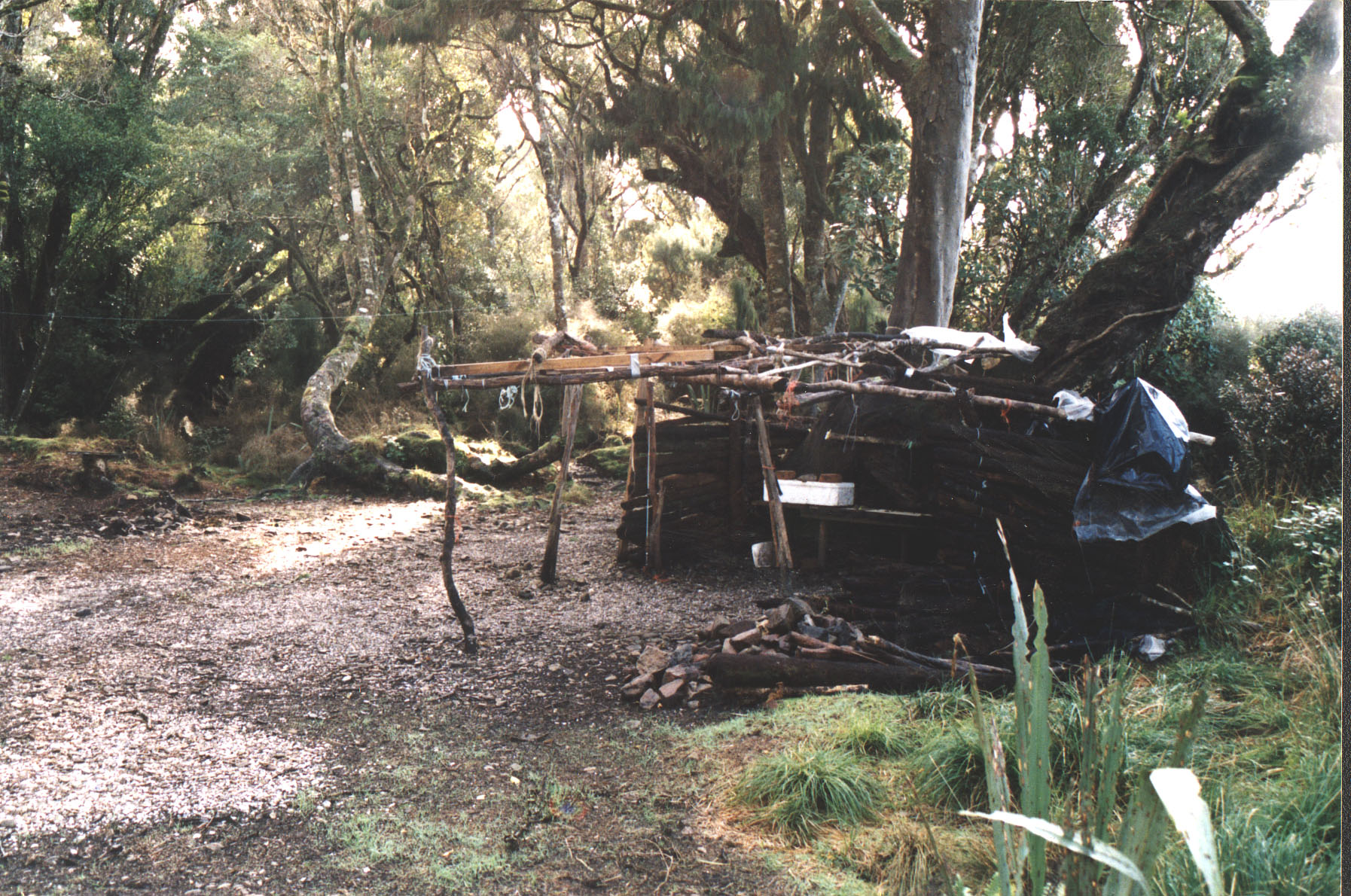 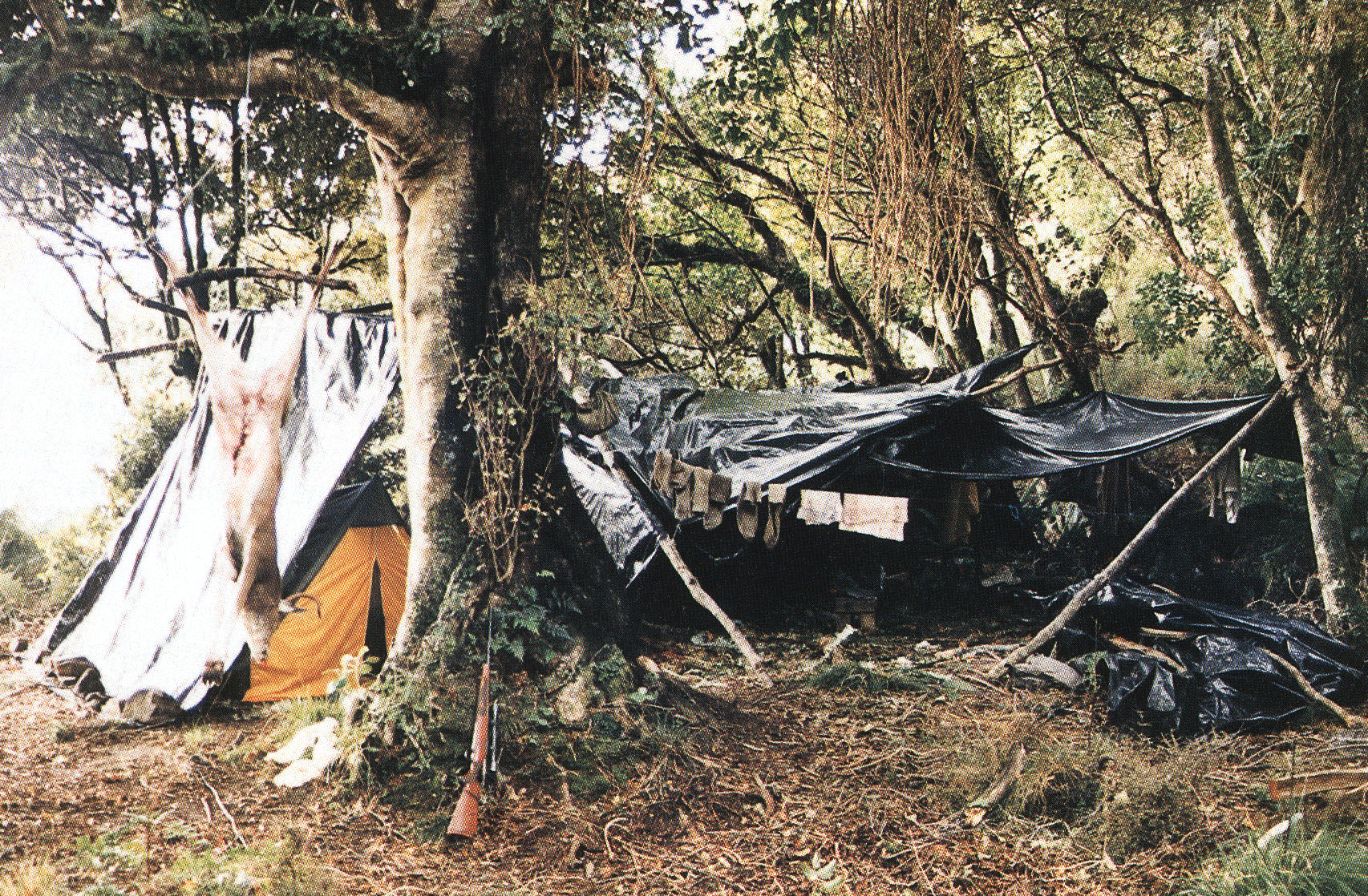 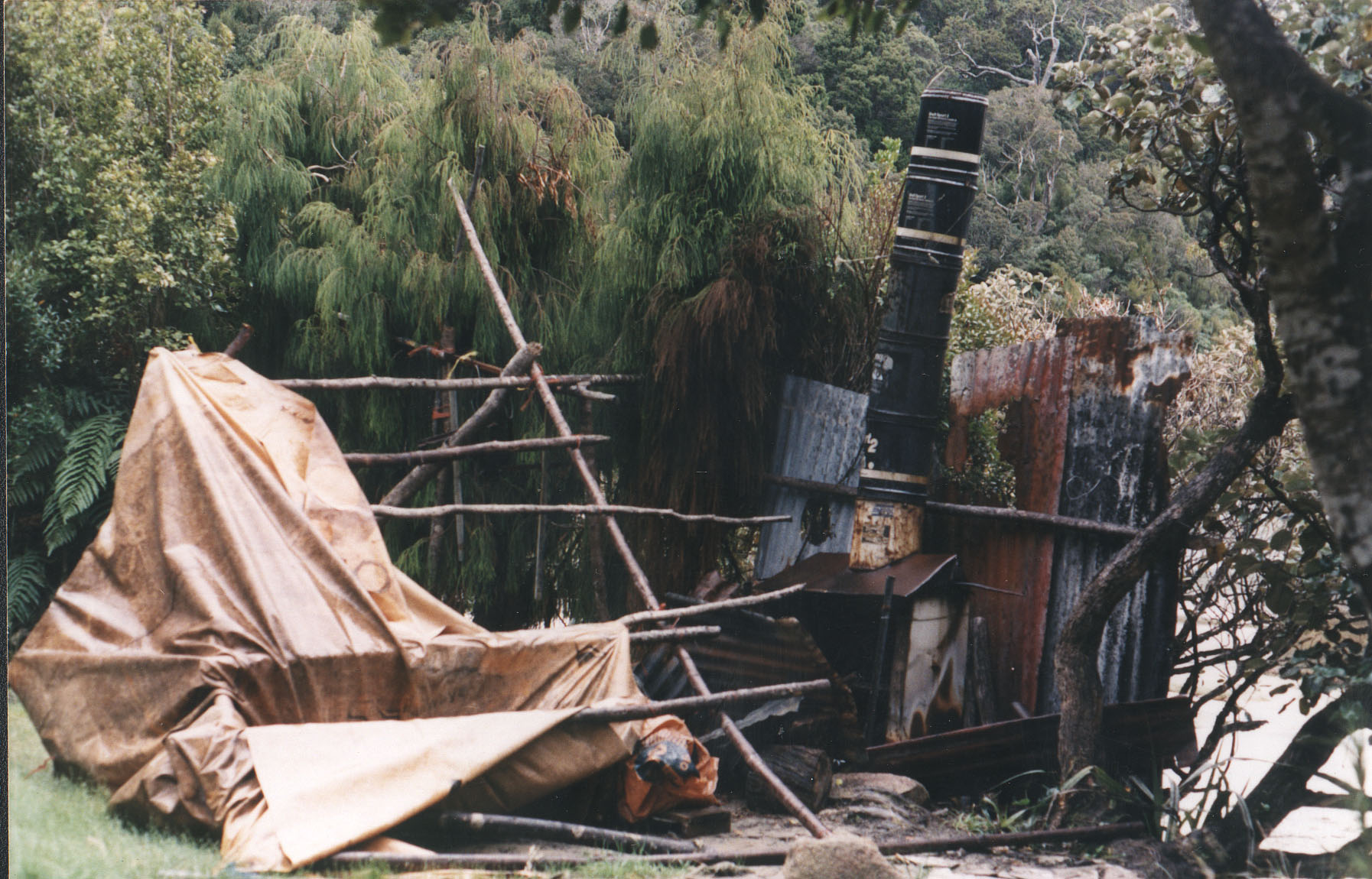 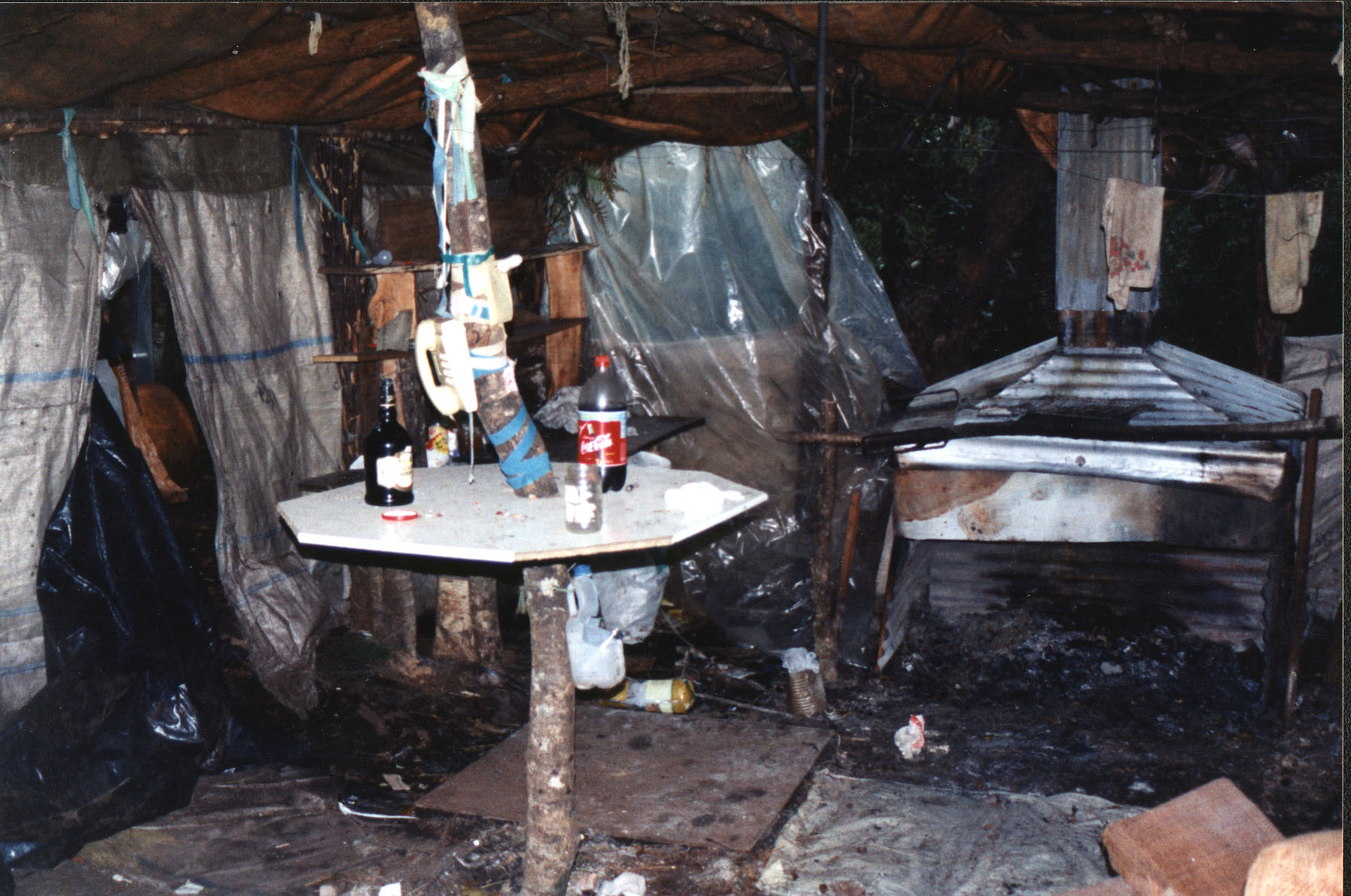 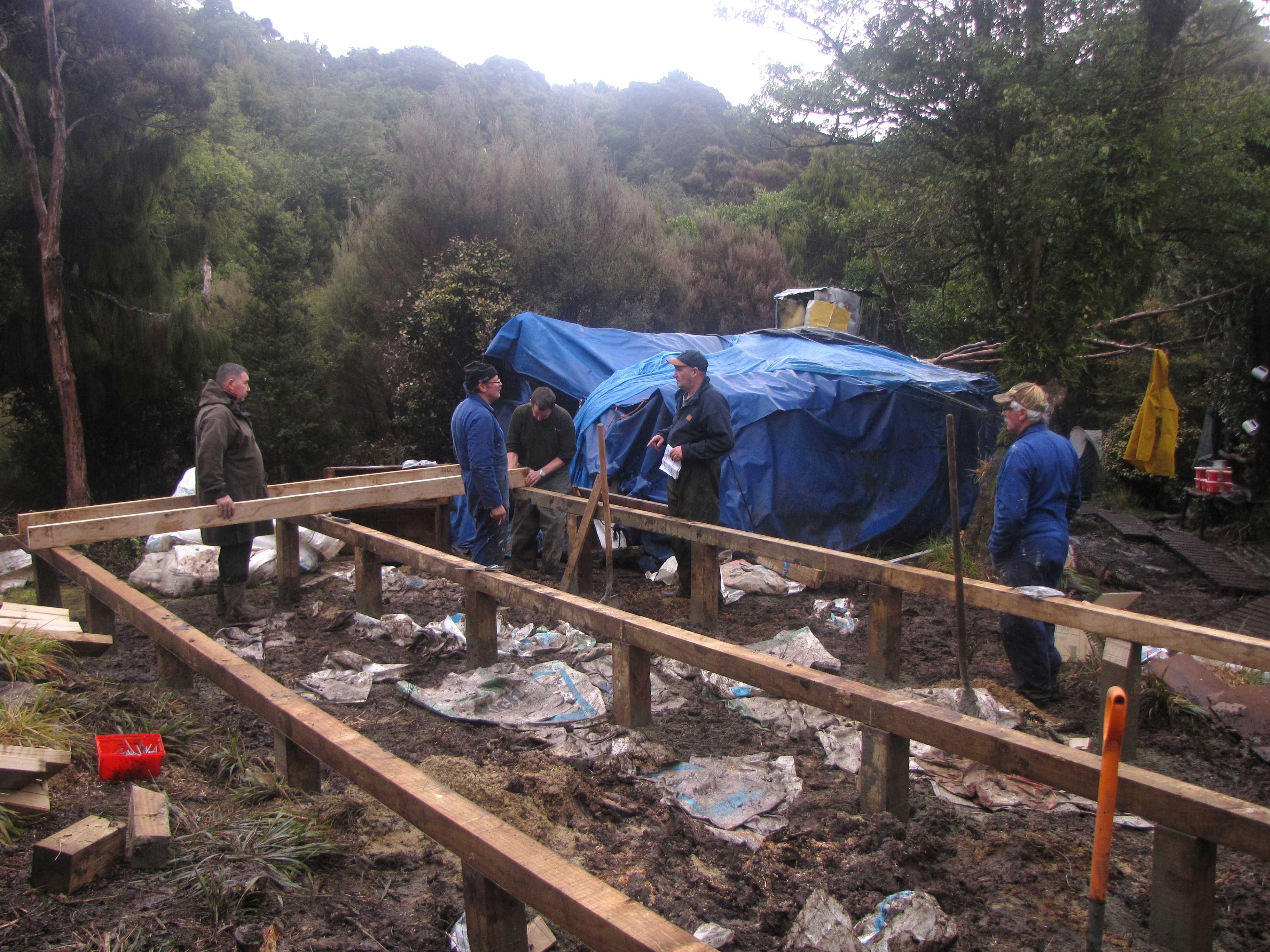 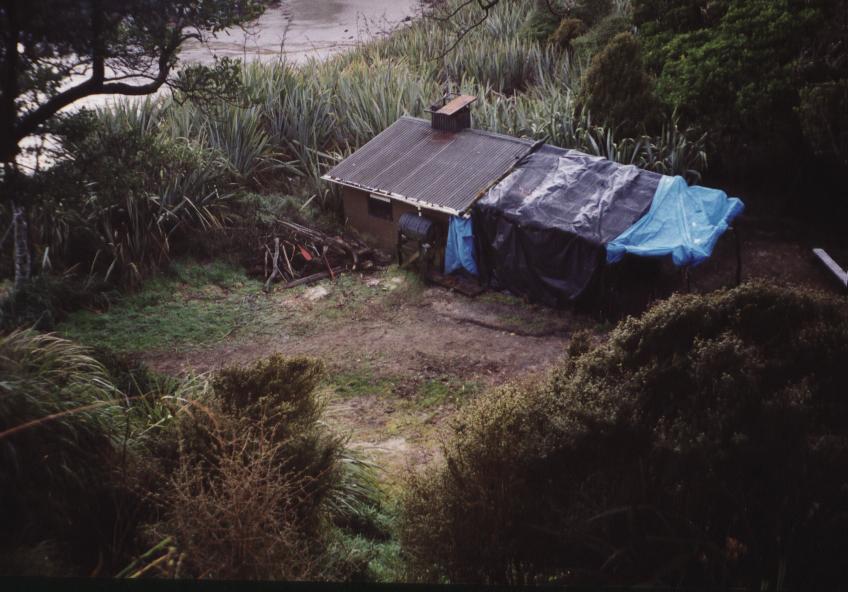